Wahaj Ali and Sanam Chaudhry are pairing up in upcoming drama serial titled Haiwan. An ARY production in collaboration with iDreams, focuses on tackling some very important issues in the society that are still prevailing and also stars Faisal Qureshi, Iffat Umer and Sawera Nadeem.

This is Wahaj’s debut project with ARY, which revolves around two families with the background of a turbulent event that has taken place in past. The plot focuses on the various consequences of the event, with a parallel timeline of a love story progressing along.

The drama aims to raise awareness on domestic issues that are generally overlooked and the consequences of which are often ignored in analyzing the emotional and socio-economic circumstances of households. The director Mazhar Moin is credited with crafting critical character arcs and character developments that evolve as the story moves on.

“Often times things happen and people don’t act in time with due diligence due to societal pressures involved. You can’t blame them really, you can’t escape society but what you can do is realize the need for setting things right no matter how big or small a particular problem may seem. The drama tries to impart to people the lesson of standing up for themselves and putting their individual sense of self ahead of society at large,” shared Wahaj. Web Desk - December 7, 2020
0
People in Pakistan, especially the fans of renowned Singer-turned-Preacher Junaid Jamshed are observing his 4th death anniversary today. Late Junaid, who was passed away in... 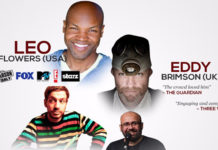