With the rise of new talented actors, directors and producers, Pakistani Industry is now at a boom. Maya Ali is also amongst the top actresses of Pakistan who started her career as a VJ and got fandom with her unmatchable performances in various drama serials.

The dazzling personality of Maya Ali certainly makes one of the most skilled actresses, and a model with a tremendous fan base. In an interview with behtareen.pk, the actress recalls how her Instagram account having more than a million followers was hacked on her birthday last year when she was shooting her big screen debut Teefa in Trouble. On her birthday morning she noticed that all her pictures were being deleted and eventually her account was hacked.

Later, she came back on Instagram with a new account and by today, she has more than 803K followers. “It was just an Instagram hack and my fans were still there. They are still with me wherever I go and whatever I do,” she told. “I was not in tension; actually I enjoyed it, came back and made my account again,” she added.

The actress talked about the Bollywood offer which was made to her. She informed that she was stopped at the airport with her team when the officials got to know that she belonged to Pakistan, and then there was a whole process through which Maya and her team had to pass. She realized that, “It is difficult to work in Bollywood.”

There was an audition for the movie starring Akshay Kumar and everything was final between Maya and filmmakers but then Indo-Pak relations saw another downfall. “I don’t have any regrets that why I didn’t work in Bollywood.” She believes, “All the work Pakistani artists have done and got famous is in their own country and all the love they have received is from Pakistan. Everyone who went to India, was already a star here and he or she didn’t need it.”

Read: Maya Ali and Sadia Khan are in India to discuss their debut movie

Talking about Ali Zafar, she claimed, “he is our star and a rock star, and I don’t think there is something wrong rather the best has happened.”

On asking about debuting in movies with Osman Khalid Butt after some hit serials Maya told, “It was Osmaya’s plan to work together in a debut film. They were offered together which Osman did himself because of some dates and availability issues. Everything happens for good and I think it was good for him and for her also. But in future who knows what happens and what not and next film, the third film she might do with Obi.” 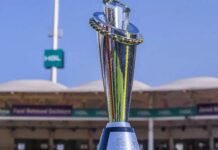