The recently held International Pakistan Prestige Awards (IPPA) in London were in hot debates for all the wrong reasons. Some of the film and tv celebrities and critics who were not present to attend the IPPA Awards, criticized the organizers and questioned the credibility of the awards. But now, it seems like that all of this has taken the attention of actor and producer Adnan Siddiqui.

Siddiqui, who received an award for outstanding achievement by a Pakistani actor on a global platform at IPPA Awards, has taken to his Instagram account to take a dig at people criticizing the first ever Pakistani award show in London.

Posted by All Pakistan Drama Page on Wednesday, September 20, 2017

“A sincere request to all my dearest country men who have taken upon themselves to religiously bash the recent IPPA Awards. I have been reading all sorts of things people are saying & I don’t disagree with all of that. There is a thing called merits & de-merits but there also is something called nationalism! More than half of the fraternity endorsed these awards; the ONLY award show that has taken place in London!,” wrote Siddiqui.

The actor agreed to almost all the objections posted by celebrities and critics, yet, requested other fellow celebrities and people to give organizers a benefit of doubt. It was the first ever Pakistani award show in London and Siddiqui requested people not compare it with any other award show, instead praise it for pulling of a show in foreign land. “Was it perfect? No! Did everything go as planned? No! Were a lot of awards distributed? Yes! Did it feel good to enjoy seeing so many celebrities enjoying this moment with their families who reside in UK? Yes!,” he expressed.

“Come on people, we need to give everyone a break. Don’t compare any award show with other,” he urged.

He also talked about how the Pakistani industry has seen progress along the way. “Do critique, discuss the short comings but we all should also support the positives; we have to go together for the betterment of this fraternity, a humble request!” he ended his note with a request. 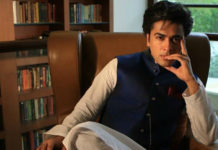 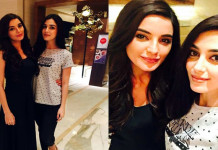