Following the success of its first season, expectations were quite high from Suno Chanda 2. But unfortunately, fan reactions lately depict that the show did not meet the soaring expectations of the viewers. One of the recurring criticisms following the show was how the plot hasn’t been revolving around the show’s star couple, Arsal and Jiya. And now, director Aehsun Talish wants to set the record straight.

Addressing all the criticism, the director deemed it a ‘new campaign against Suno Chanda’ for the purpose of damaging the show’s rep. He also mentioned how the script has been clearly thought out, and that the protagonists not getting enough screen time is not a deliberate move.

“There’s a complete new campaign against Suno Chanda… It is to malign Suno Chanda in every manner,” he wrote in a post on Instagram.

“Every character in this play is there for a reason according to the story suggested by the writer and the content unit behind the script who have no intentions whatsoever to reduce or sabotage their own play by not giving enough time to the protagonists Arsal and Jiya,” he added.

READ: Is Suno Chanda’s Arsal the most favourite man this Ramazan?

Sparking new hope into the fans, the director assured that the show is all about the couple. “So Arsal and Jiya lovers, stay put and keep your calm. Suno Chanda is about Arsal and Jiya,” he said. 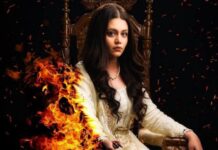