Pakistani films are no stranger to item songs, despite earning their fair share of flak in the past. Recent film Chaudhry – The Martyr has also made it to the list of films with an item song thrown in the midst of it, and it’s performed by Amna Ilyas. And the actress feels the judgment items songs have getting hasn’t exactly been fair.

Speaking to The Express Tribune about her new song, Amna shared how she feels item songs are a lot more than what the common opinion of it is. “I believe that society has concocted a certain perception for the term ‘item song’ that automatically adds a degrading and derogatory spin to the finished product,” she said. “Performance songs are meant to add flavour to a film. They’re meant to serenade the audience with a catchy tune and introduce them to a dancer who can pull off immaculate moves,” she added.

And now that the film is up and running in cinemas, it may or may not get flak because of this certain dance number. However, this won’t stop the actress, who shared how she made a conscious decision to work on this, despite unfavourable responses.“When we think of subcontinental films, we always associate them with the songs they feature. There was a time when audiences would watch artists such as Barbara Sharif or Resham Jee break into a song and dance with the same oomph in a different setting, and that would be perceived for what it was without the whole backlash angle,” she said.

“Music and dance have always been the focal elements carrying any Pakistani or Indian film to its trademark success,” she added.

READ: Anwar Maqsood apologises for the item song in his new play in his signature style

Amna also feels people need to be more accepting of such ventures. “I believe that when an artist, irrespective of their gender, puts their blood, sweat and tears into something, the public should celebrate it instead of looking for reasons to demean them,” she said.

She also brought up the audience’s double standards, as it’s seen lauding Bollywood whenever a new item song pops around. “Our audiences have no problem lauding Bollywood for its supreme performance songs but when local talent takes up the same task, it’s met with extreme hatred. Which isn’t fair,” she said.

Concluding the matter, she stressed on how she expected the reaction, but still hoped women would have the leeway to do the things they want to. “When you take pride in what you do and you understand that this is a task that you have been given, you do it wholeheartedly no matter the cost. And I believe that women have a right to do what they choose to do. Whether they choose to dance on a stage or join the army, they deserve respect for their work,” she said.

Have you checked out Amna’s dance number in Chaudhry called Aatish? If not, feel free to check it out below and let us know your thoughts! 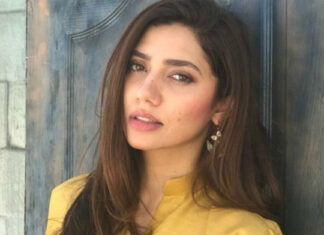 Web Desk - December 22, 2021
0
Mahira Khan thinks that Indians are ok with other Pakistani actors working on Indian platforms but not her. In an interview with a local publication,... 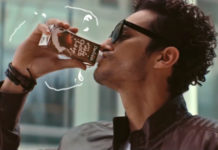