Asim Azhar seems to be high spirits for PSL, despite garnering unfavourable reviews over this year’s official anthem. We got a chance to catch up with the young singer as he couldn’t contain his excitement for this season of the league.

“Excited is a very small word. I am a self-proclaimed cricketer before a musician and I fanatically support the Pakistani cricket team the way every Pakistani does. I really can’t believe that the dream which our country and PCB had a few years ago of creating their own league has finally come to Pakistan,” he said.

“And in the last few years, cricket and international teams have come back but having PSL happen all over in Pakistan is the biggest honour for the country, and a message of peace for the world,” he added.

“So yeah, excited doesn’t do justice to the feeling and I just hope everyone enjoys it, we get an amazing PSL, the matches are great, and the victory is Pakistan’s,” he said, and we can’t help but concur.

Speaking of PSL, the anthem may not have found a place in the hearts of many fans, but collaborating with veteran musicians like Arif Lohar, Ali Azmat, and Haroon Rashid has truly been an exhilarating experience for Azhar.

“Collaborating with them felt just how a student feels under exceptional teachers. You know there are a lot of seniors in the field, but there are only a few who give you love, teach you, and take you under your wing. And that is exactly how I felt and you can see it in the video as well, it felt like we were all friends,” he shared.

“But again, they’re all legends and being a part of that group is a huge deal for me. For that, I thank them and I pray for everyone to get seniors like them in their respective fields,” he added.

Needless to say, Azhar wants everyone to root for this year’s PSL as it’s the first time all the matches are being played in Pakistan. “I would request all Pakistanis, in fact, everyone who’s watching to support Pakistan and PSL the way it’s something yours. Just remember that a lot of effort has gone into it and we have achieved this feat after a lot of obstacles,” he said.

“So collectively, as a nation, let’s make this the most amazing PSL season as yet. So that in the upcoming seasons, international players willingly want to come to Pakistan to play the series,” he added. Web Desk - January 4, 2021
0
Students put Federal Minister for Education, Shafqat Mahmood in their dislike list after he announced to reopen educational institutions across the country in different phases from... 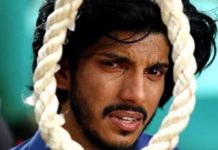