“There’s a lot that’s being done for children across the globe and over here, we’re almost at zero,” Bilal said in the interview.

“I always wanted to do something for the kids. Even when Strings was alive, we often spoke about doing something for children because growing up; we enjoyed the rhymes and children’s shows of the times – some of which are still very popular today,” he shared.

Bilal disclosed that he got massive feedback from parents and teachers on his Urdu nursery rhymes.

“I know that I’ve found my direction in life and want to produce more content for kids. I haven’t found anything else more rewarding than this mainly because of the overwhelming feedback I got from parents, teachers, and school principals, as well as children. It feels like I have done what I was meant to do in life. But this is just the start and I am planning something more for children,” he concluded. Admin - February 2, 2017
0
Junaid Jamshed bought an exclusive chance for bloggers in Karachi to get a first look of their Spring/Summer collection titled Mera Andaaz, which is set... 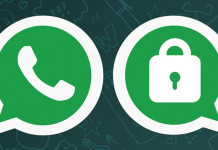