The Meesha Shafi and Ali Zafar fiasco is taking new turns every day, as both parties are actively contributing to putting their perspective forward. As per recent developments, the eyewitnesses present at the jamming session where Zafar allegedly harassed Shafi have stepped forward with their statements.

According to ARY News, who got in touch with three of the eyewitnesses namely Baqir Abbas, Aqsa Ali and Asad Ahmed, the entire session was quite peaceful, and Shafi left seemingly happy. Abbas maintained that Shafi greeted Zafar with a hug when she came, and also when she left, and that he saw nothing out of the ordinary. The artist also expressed dismay over Shafi claiming he is on Zafar’s side.

“I was really saddened by the fact that Meesha Shafi said that I am taking Ali Zafar’s side, I am an artist who has worked with legendary musicians like Madam Noor Jahan and Nusrat Fateh Ali Khan and I am a professional who only cares about his work, I am not taking anyone’s side but speaking the truth,” he said.

Singer Aqsa Ali held the same opinion, and addressed Shafi’s claims of her working for Zafar, and clarified her stance as a freelance vocalist, not his employee.

“As for Meesha, the way she contradicted herself and then said that her message was not about the jamming session, everything is pretty much clear,” she added.

Moreover, Ahmed also shared his side of the scene, which matched the other two. “Meesha was happy and I remember that she expressed her happiness after the concert,” he said, while adding that he does not believe in Shafi’s allegations, as he knows both of them.

Priorly, Zafar’s lawyer shared a screenshot of an alleged text by Shafi, saying she had ‘a great time jamming’ at the session. On the other hand, Shafi’s legal team served a Rs.2 billion defamation notice to Zafar. Admin - January 24, 2019
1
The Pakistan Cricket Board has made the following statement following an unfortunate incident during the second One-day International against South Africa in Durban on... 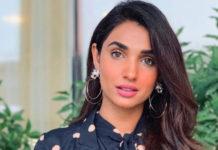