The fourth edition of the annual Lahooti Melo has kicked off this weekend, for all music fanatics and anyone who is looking for a fun-packed festival. And luckily, the festival also tends to educate the masses and raise creative discussions over everything that needs to be said and heard. This year, the founder Saif Samejo’s prime focus is to dedicate the festival to the ongoing #MeToo movement, with the theme ‘An Ode to Liberated Women’. With this purpose, the guest panels for this year’s sessions have some of the brightest names in the country, including Dr. Arfana Mallah.

In the powerful session titled Redefining Consent, Dr. Mallah aimed to highlight all the toxic stereotypes attached to something as grave as consent, with a special focus on relationships occurring between the authorities and the powerless victims. “Many times, we also have to face a dilemma like student and teacher relationships. A lot of teachers go about saying that the student had consented. So, is there a sense of consent between a student and a teacher? [No, because] it is an unequal power relationship, the teacher being more powerful,” she explained.

“The same exists for an employee and an employer. Can there be consent between the manager and the subordinate? If a girl is working somewhere and her boss makes advances towards her, is she in a position to renounce? If she stays silent and is unable to rebuke the teacher’s advances, they consider it as consent, just because she couldn’t deny, resist, or stop him. Hence, in educational institutes, we have to know that there is no consent between a teacher and a student, just as there is no consent between an adult and a minor,” she further added.

She also illuminated the reasons why the victim is seemingly afraid to reproach someone, or speak up in cases of harassment. “A student is not in a position to rebuke the advances because the fear of losing marks, or career in an employee’s case, is looming over. If she denies or resists, or creates a scene, then she can lose her job, or fail in studies,” she said. “Misusing virtues like trust and honour, or exploiting an honourable relationship between a teacher and a student, and calling it consent is something that needs to be redefined,” she added.

It is unfortunate how the authorities are also unaware of what consent actually entails. “Many issues that arise within universities, in terms of harassment, are of a similar nature where teachers and employers call it consent. And the irony is that, the men in the committee also deem it as consent,” she said. “On reaching the harassment committee, things like ‘why didn’t she resist at the time?’ or ‘why did she come to my office when I called her, if she hadn’t consented?’ always arise. See how even coming to the office is considered as consent. These are the things that need to be understood,” she added.

Further highlighting the importance of consent in situations where the victim is powerless, she talked about countries taking necessary steps where needed. “A lot of developed countries have criminalised relationships between someone of a higher authority and a subordinate. It is understood how there is no consent between the powerful and the powerless,” she said. “In society, if a woman standing in the streets is being harassed by someone and if she doesn’t resist, it is deemed as consent and that she is enjoying it. They don’t understand how disempowered she feels, and that the men in comparison are more powerful,” she added.

“In our society even if a women speaks it is considered that she is lying, we need to end this and speak up no matter what!” @MahtabRashdi speaks about #MeToo at #LahootiMelo2019 pic.twitter.com/mmtieLrijr

It is crucial to know how not being able to express resistance or discouragement does not mean compliance. “This is an unequal power relationship, and not showing resistance or complying with it is not consent. It is an exploitation of trust, or sense of disempowerment. We need to understand and redefine this, and educate people about this act, the girl who came to your office when you called, she wasn’t in compliance of you touching her, or make the first move. Her coming to your office is not permission for you to do whatever. This is not consent,” she said.

On a parting note, she gave an of example of how people mistake a woman’s politeness or laughter as consent. “There’s a common saying that goes like larki hansi tou phassi. This is not consent, it does not mean she has consented. Sometimes she wants to let go of things or countervail uncomfortable situations by laughing it out,” she explained. “It is crucial to redefine consent, and not make it a stereotype,” she added, and given the times we live now, we wholeheartedly agree. 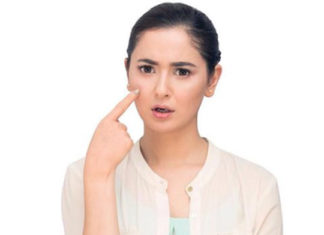 Admin - November 9, 2017
0
Hania Amir is undoubtedly among actors who made it big in the industry with their talent and looks in no time. She had made... 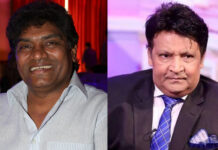