On the eve of the fifth anniversary, the makers of the film, Vinay Sapru and Radhika Rao, applauded Mawra who made her Bollywood debut with this project. The Indian writer-director duo shared that it was a tough call to cast a Muslim girl for Telugu Brahmin girl’s role but Mawra did it quite fantastically.

“While casting, we had options to cast existing stars but we thought that the feel of a tragic tale of love can only come from people who are absolutely new and fresh. It was really great seeing a Muslim girl like Mawra Hocane playing the character of a Brahmin girl. She had no idea about the culture of the character and yet, she got into the skin of it,” the makers told Indo-Asian News Service (IANS).

Mawra was highly recognized for her role in Sanam Teri Kasam which was his debut and last film in Bollywood. 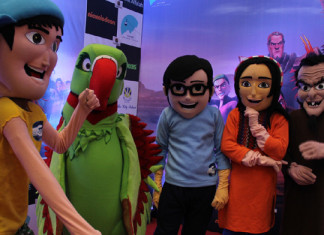 Admin - October 27, 2016
0
The official trailer and track ‘Band Baj Gaya’ for ‘3 Bahadur:The Revenge of Baba Balaam’ was launched today with the introduction of a new...