Veteran Lollywood actor Shaan Shahid has been in news for his stance on not working in Bollywood. In a recent statement, the actor made on his Facebook page, he appealed his fellow artists to invest money, time and skills in Pakistani cinema. Owning Pakistani cinema proudly, he wrote the below message.

“It’s a proud moment for Pakistani films and I’m honoured to be a part of them . I’m honoured to have so many fans who have loved my work and allowed me to entertain them for 25 years with the respect and love they have always given me comes a price the price of responsibilities my responsibility as a Pakistani film actor For me the only option ever was to bring Pakistani films out of its boundaries and show the world what immense talent and scripts we have in Pakistan so I always kept my focus on building pakistani film industry rather than building my own career And trust me i’m not trying to target anybody but I seriously don’t expect any to follow me but don’t stop me from walking on the path I have chosen we have differences with each other that is not letting us create our strength as a Pakistani brand but we can still unite on an 8 letter word Pakistan.

The film industry needs all of us right now together working to build so the future generations don’t have to, they would be sitting on thrones of stardom Young directors ,actors ,writers technicians don’t have to go look for work anywhere they would be Able to dream and achieve they don’t have to go through the building process. Every star Pakistan has produced needs to put 70% focus inside Pakistan as they should be strengthening the platforms as this is the rebirth of our industry stars should have production houses they should be making films with young directors signing projects giving discounts on fees collectively working as an organisation. Uniting so our voices and demands can be heard by the governments
be the ambassadors of Pakistani films and ask people to come invest in the industry not just financially but to make a change to bring Pakistan’s independent artistic institutions onto the map of the world let it be our biggest export to the world our films.

We need to be heard as every Pakistani has been quiet for very long now living behind the curtain of fear, hopelessness, tired and irresponsible towards everything around him we need to unite as Pakistanis if we can unite with the political party’s why can’t we unite for ourselves let there be a non political dharma for the artistic community for there rights let all the intellectual elite of Pakistan come to the rescue of art and culture but I guess their art is hanging on their walls as paintings of Sadqain and narrated poetry of Faiz Ahmed faiz they need to collectively support and promote Pakistani films if you don’t agree with the films we make than make one, come join us.

We need all the help we can get especially from our stars as you need stars to form a galaxy. 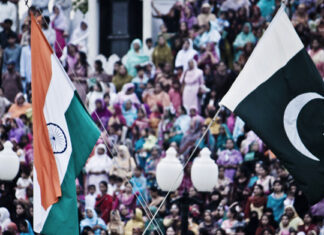