Romeo Weds Heer has one the best comedy storylines ever written in Pakistan. From the very first episode, we’ve been seeing Feroze Khan and Sana Javed slaying with their personalities and acting as well. Along with other actors, Firdous Jamal, Saman Ansari, Shafaat Ali etc. have made this drama an extremely high rated one.

Both Romeo and Heer had already talked to their Mom and Dad about their likeness for each other and guess what? They agreed to have a meeting! *yeay*

Obviously, we have expected things to go fine and foreseen them wearing their wedding dresses BUT! Today’s episode revealed something unexpected yet hilarious. Romeo and Heer’s families sat together to have a talk but they ended up arguing with a strict “no” to their rishta. Heer’s brother in law Nazar’s character is very favorite to us especially his most common dialogue “after all mein damaad hun.”

There was this scene at which we literally rolled on our sofas when Aflatoon said that Nazar bhai is always there at difficult times. Because the guests didn’t eat a lot and so Nazar bhai did. Anyways, on making their parents say “yes” first, Romeo and Heer both gambled and then started the challenge. Romeo and Heer teamed up with Romeo’s sister and played a drama of running away and brain hemorrhage. The koshish parts on both Romeo and Heer’s sides were spot on! Particularly the slow-motion heroic shot when Romeo’s mom and dad agreed to talk to him and went to his room.

At the end, both sides agreed and we could see them exchanging rings in the next week’s “coming up” but WAIT!! Remember the girl at the college who was crazy for Romeo? She’s up to something and we don’t think that Romeo weds Heer so soon. What do you think? Let us know! 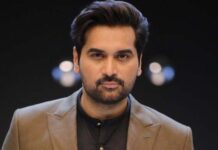 ‘My future belongs to Allah, no coach or captain can ruin it’ Rizwan