Dananeer Mobeen took a dig at trollers who called her a ‘Parchi‘ after she made her Tv debut in ARY Digital’s drama ‘Sinf-e-Ahan’.

While replying to critics, Dananeer said she doesn’t have family ties with the producers Sana Shahnawaz and Humayun Saeed.

“When my picture from Sinf-e-Aahan was shared, a lot of people started trolling and commented ‘parchi’ and I question: what kind of parchi are you talking about? I didn’t have any family ties with Humayun Saeed or Sana Shahnawaz,” she said.

The rising actor asked trollers on social media to be happy in others’ happiness as Allah has already written the destinies.

“I received what Allah had written in my destiny. You cannot question anyone’s success because you are not capable of giving anyone anything or snatching it,” she responded.

“People should try to be happy in others’ happiness. My family is my support system that absorbs all negativities before they reach me so I am very protected in that sense,” she maintained.

Dananeer rose to fame with a few seconds video that went viral on Instagram earlier this year. The ‘Pawri Horahi’ video crossed million views on social media within days and Dananeer got a separate identity. Admin - March 7, 2017
0
The heartthrob Fawad Khan is being missed in news for some time but guess what, he is set to back with a bang, once... 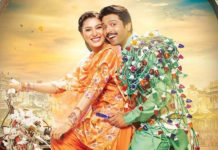 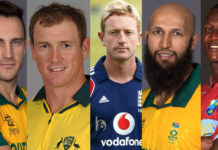