Pakistani star cricketer Shoaib Malik’s fans were hoping to finally see the cricket maestro acting in a Pakistani film but unfortunately, they have to wait a little more.

Fans were expecting to watch the first look of Malik’s acting in Mahira Khan’s debut production film ‘Barwaan Khiladi‘ trailer but it teased them with just his brief glimpse.

Not as a proper actor, but Malik is all set to make appear as a guest in ‘Barwaan Khiladi‘.

The trailer of the movie was out on February 11 and Malik can be seen as a guest appearance alongside Fawad Khan. The film features Danyal Zafar, Kinza Hashmi, and vlogger Shahveer Jafri in pivotal roles. The story of the drama revolves around Cricket, the most followed game in Pakistan. It will premiere on the OTT platform Tapmad TV on March 5. Web Desk - April 14, 2021
0
It was a double treat for Babar Azam's fans as firstly ICC announced him the number one ODI batsman and then he scored his... 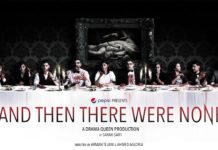