Life is a mixture of sweet and bitter taste and each journey of our life is cooked in those specific flavor. If we talk about the journey that relates to media industry, where folks thinks that it’s a battle of pride and selfishness, then one could be wrong. Folks have a perception of women celebrities that they might have a ruthless and malefic personality. Well! Lux’s new campaign “Fans of Each other” plonked this stereotype and would make folks think about media industry in a completely different way.

Lux launched their new campaign on 30th of June 2018. The event was engulf with the Lux’s signature scent and blossoms cushioned the Deli. Famous people from our media industry joined the event to make it more phenomenal.

“Ever-green Zara Peerzada unfolded the event. She called three most alluring names of our media industry Reema Khan, Mahira Khan and Maya Ali and then the event was on fire.”
As they all stepped in, a large floral frame was there ready to bind the beauties in the perfect frame.

Event was then followed by the screening of 3 short Lux Films. And that is when the house went crazy. With no doubts and exceptions, all three of Lux short films have a great story line and their structure is so clear and firm. What made the house more amazed was the brilliant direction that had been done by one and only Asim Raza.

The message was simple and clear: Girls Support Girls. Folks who think that fillies don’t support each other, is just a myth. “As Asima Haq, the Marketing Director of Unilever Pakistan Limited said in an interview: “These girls love, support and respect each other and are the true embodiment of the ‘Fans of Each Other’ concept, Our main message here is that these girls are pitched against each other and made to sound like they are rivals when in reality they not only praise each other but are genuinely happy with each other’s success.”

Women are the strength of every nation. In every specific journey they need support of each other, thus the message been delivered in the event was very practical and had a pragmatic flavor in it.

Such an empowering Ad executed by J.Walter Thompson was the eagle eye of the event and thus had a very powerful message for the house.

Evening came to an end with blossom of Lux’s signature smell, guest interflowed and meshed on nibbles and had chit chat with each other about the future of Pakistan’s women empowerment. 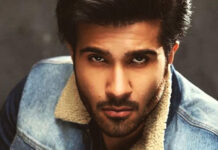 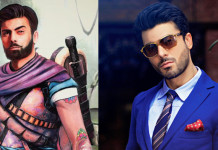 From Cannes to Hollywood, the world is finally recognising Pakistan for...