After T-Series and Moviebox publicly claimed to have bought the rights of using ‘Nach Punjaban’, Abrar clapped back at music producers while announcing to take legal action.

Song “Nach Punjaban” has not been licensed to any one. If someone is claiming it , then produce the agreement. I will be taking legal action.#NachPunjaban

Earlier, Abrar took notice of copy of his song and took a dig at movie’s famous producer Karan.

I have not sold my song “ Nach Punjaban” to any Indian movie and reserve the rights to go to court to claim damages. Producers like @karanjohar should not use copy songs. This is my 6th song being copied which will not be allowed at all.@DharmaMovies @karanjohar

In response, T-series and Moviebox claimed that they have a license to use this song.

Nach Panjaban has been officially licensed for it to be included in the Film “JugJugg Jeeyo” by @TSeries. @karanjohar & @DharmaMovies have the legal rights to use this song in their film and the tweet by @AbrarUlHaqPK earlier today is defamatory and completely unacceptable.

We have legally acquired the rights to adapt the song #NachPunjaban released on iTunes on 1st January, 2002 & available on Lollywood Classics’ YouTube channel, owned by @1Moviebox, for #JugJuggJeeyo produced by @DharmaMovies. The song is available here: https://t.co/2oLFzsLAFI pic.twitter.com/t6u3p3RA6z

Abrar’s Nach Punjaban was released in 2002. 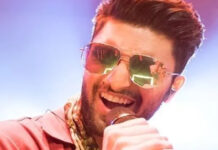 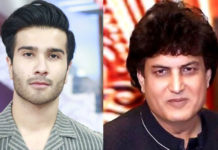