The visible growth of digital media has encouraged many individuals to operate their own websites or social media accounts to showcase their respective works via talk shows, vlogs, blogs, interviews, etc. Fairly it’s a new trend, and even our Pakistani celebrities are also evolving their efforts to promote it.

Amongst them, our very own and dearest celebrity Samina Peerzada took the pace and started a show, Rewind with Samina Peerzada. An extremely appreciable concept in which she interviews celebrities about their past, how they started, and the struggle they did to get progressed in their career.

Talking about her talk show with behtareen.pk, she stated that she always loved to know people’s life and even read biographies which lead her interest towards doing this show. The most amazing element for her in the show was people conversed about the life and death situations, their decisions, and the way of life they carry. It was a beautiful experience for her, and she looks forward to more engaging live styles of people.

“I learned a lot from the show because every guest had his or her story and emotions,” told Peerzada. “I think the most amazing views people shared with me were about life and death,” she added.

She shared that she found the story of Juggan Kazim very emotional, and tough. Furthermore, she also talked about Mohsin Abbas Haider that he was also a very inspiring person, whose lifestyle brought her tears.

The legendary actress was quite away from the TV dramas but now she is coming back with an upcoming serial by Big Bang Entertainment for Ary Digital titled Balaa. It stars Bilal Abbas, Ushna Shah, Sajid Hassan, Asad Siddiqui and others with whom she enjoys working a lot. We look forward to her upcoming project and wish her the best. 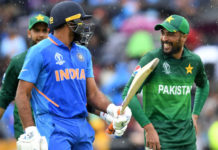