Hadiqa highlighted the difference between singing and acting and said that both are completely set on different tones.

“In the music industry, we make music, interact with each other on a different level, go on stage, on the spotlight, see the audience, roar and come back. But, this was something different as we were living in one house and spending time together. We were like one family and working here was really enjoyable,” she mentioned.

Meanwhile, the singer-turned-actor shared a little about her character ‘Sakina’ in the drama.

“In the first glance, you’ll see Sakina contrary to Hadiqa Kiani who is supposed to be a strong, vibrant, fearless, bold woman. But deep down, I feel there’s a Sakina inside me, embedded in my soul,” she said.

“There are so many Sakinas in this world, so I can feel them more now. It gave me an opportunity to find a new me,” she concluded.

Written by Bee Gul, Raqeeb Se stars Sania Saeed, Iqra Aziz, Noman Ijaz, Hadiqa Kiani and Faryal Makhdoom in lead roles. The OST of the drama serial is also sung by Hadiqa and is written by her mother Khawar Kiani. 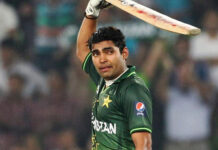