The calendar year 2020 will be remembered for so many reasons, be it the COVID-19 pandemic or the lockdown which restricted people across the world at their homes.

Besides, there come social media gossips which are somewhere the reason, 2020 would be unforgettable. Here’s a few of them:

Undoubtedly, Mere Paas Tum Ho not only broke Tv viewership records in Pakistan but also became the only drama serial to get into cinemas. The drama serial featuring Humayun Saeed, Aiza Khan, Adnan Siddiqui, and Hira Mani in lead roles gained fame across the world for its dialogue delivery, betrayal story, and a couple of slap scenes.

Scores of memes made round on social media, be it ‘Do Takkay Ki Aurat kai Liye Ap Mujhe 50 Million Derahe They’ delivered by Humanyun as Danish or slap scene between Danish and Shehwar (Adnan) and Mehwish (Aiza) and Sawera Nadeem (Shehwar’s Wife).

Turkish Drama serial Drilis: Ertugrul remained the talk of the town after it was dubbed in Urdu at Pakistan Television (PTV) on special directives of Prime Minister Imran Khan. The premier advised his countrymen to watch this drama which shows Islamic history but no one could have thought that it will break viewership records in the country.

Meanwhile, Drilis: Ertugrul sparked yet another controversy with celebrities discussing if the drama serial will harm the local industry. Yasir Hussain and Shah Shahid were two of the most prominent names from Showbiz who opposed the concept of giving space to dramas of other countries. They both faced immense backlash for their views, in fact, Yasir still suffers criticism for this on his social media accounts.

Hania Amir and Asim Azhar often spotted together which gave links to their fans that they are in a relationship. But, Hania in a live session with singer Aima Baig, clarified that she and Asim were just friends.

The statement took the internet by storm and people made it yet another celebrity break-up story. Netizens blamed Hania for ditching Asim but nothing was confirmed by the celebrities.

The online video sharing app was banned in Pakistan following several complaints by the general public over its content. Memers trolled Tik Tokers after the application was banned for a while in the country.

For several days, the debate was on social media with people giving advice on whether the ban should be lifted or not.

The Player’s Unknown Battle Ground (PUBG) was also banned by the Pakistan Telecommunication Authority (PTA) due to parents complaining about the children wasting their time behind this game.

According to PTA, a couple of suicide cases due to this game were also reported in the country. Later on, the game was unbanned but the debate was on for so many days. Web Desk - February 6, 2020
0
Left-handed batsman Fawad Alam might have to wait a little bit more to play his first Test match since 2009 as he is likely... 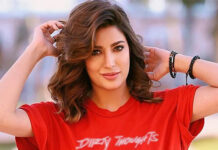