Adnan Siddiqui shared that a digital series on the Mughals in collaboration with Turkish production is on cards.

Adnan talked about his upcoming project Turkey Lala as an executive producer. He represented Ansari Films that joined hands with the makers of Drilis:Ertugrul to produce this much-awaited series.

“I went to Turkey with my friend Dr. Kashif Ansari and we met Etrugrul’s makers. It hit me then, and I went to Dr. Kashif and said, ‘Hey doctor, why aren’t you talking any business with them’. This is how it all started,” he said.

“I involved Humayun Saeed with me and the main motive behind it was to promote our local actors in Turkey just like their actors got fame in Pakistan. We are also planning to make a series on the Mughals. So Turkey Lala is just the beginning,” he shared.

Adnan thinks that Turkey has beaten India as far as production is concerned. “Production wise, Turkey has surpassed India. So the only way we can penetrate the international market now is through Turkey,” he highlighted.

“Turkey Lala has a link with subcontinent so it will get viewership here. We will rope in 50 to 60 Pakistani actors for this series and a 20% part of the series will be shot in Pakistan,” he mentioned.

It must be noted here that Drilis: Ertugurl gained immense fame in the country after it went on air, dubbed in Urdu on Pakistan Television (PTV).

Also Read: ‘Don’t link me with Ertugrul every time’ Yasir hits back at Anoushey 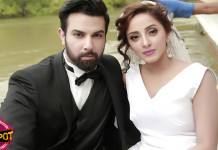