Mahira Khan shared that a lot of Indian content was offered to her even after Pakistani artists were sent back due to political tensions between both countries.

In a recent interview with the Film Companion’s Anupama Chopra, Khan said it was sad that one of the platforms to bring both countries closer was shut down due to one or another reason.

“I guess, having experienced it firsthand, it’s just sad. I feel like a great opportunity for the entire subcontinent to come together and collaborate was lost. I think it might happen again. Who knows?” she raised her point of view.

“A lot of Indian series were offered to me at that time. I don’t know if anybody will understand when I say this, but I was scared. I was genuinely just scared,” she said.

Khan now wishes to work in Indian content as her fear has somehow managed to fade away. “Now I am a bit more like, ‘No, come on yaar, you can’t let something that happened, which was political, affect your choices.’ I hope that we collaborate, even if it’s on digital or in any way,” she concluded. 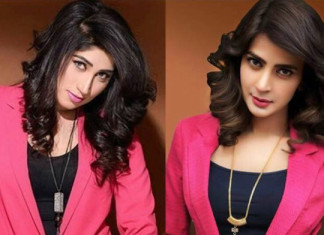 Admin - May 6, 2017
3
Last month, in an exclusive story, we reported that Saba Qamar bagged the role of Qandeel Baloch, a social media sensation who was killed... Ruet-e-Hilal Committee to meet in Peshawar for sighting the crescent of...