Pakistani serials are really upping their game in terms of creating content that addresses social issues, and 7th Sky Entertainment’s upcoming venture is proof of it. With Abdullah Kadwani and Asad Qureshi at the helm, drama serial Inaam’s teaser clearly highlights the problems surrounding harassment.

Starring Imran Abbas and Sana Javed in lead roles, Inaam portrays the former in a negative light. Abbas’ character is seen in a higher position at his workplace, who constantly indulges in inappropriate behaviour with his employee, played by Javed. The teaser amply sheds light on the plot, which will revolve around society blames the woman when it comes to harassment issues.

READ: Hania and Asim get called out for using harassment as a joke

It is interesting to see Abbas portraying a negative role so well, while Javed has also proven her skills multiple times before. On a side note, this role is eerily similar to her headstrong character from Khaani, so the expectations are skyrocketing.

As promising as the teaser looks, we will have to wait and see how Inaam tackles such a pressing issue of harassment, especially at a workplace in a conservative society. Admin - February 21, 2016
0
Asim Azhar has released his new video song named Sajna, which is also an OST for ARY Digital drama serial Anabia. The music of... 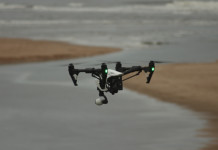