A 2:02 minute promo released by Zee on Youtube covered glimpse of Pakistani content, some of which had never released before. The content will be out for the audience across the world.

It must be noted here that Zee ‘Zindagi’ had telecasted several Pakistani dramas in the past. Many Pakistani directors, content creators had worked with them until political relations between India and Pakistan became poor. 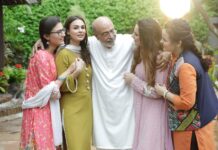