The success of Chupan Chupai has earned Neelam Muneer and Ahsan Khan, another big screen project. The yet to be titled, is a big budget rom-com, which will be shot abroad.

In an earlier interview with behtareen.pk, the Chupan Chupai lead male Ahsan Khan revealed the news. “We are offered another comedy film together, which will be shot abroad,” he told, adding that they haven’t taken any decision yet.

The Udaari actor also told that he was offered a few films but he picked this Chupan Chupai for his comeback because of strong script. “I am doing a couple of other films as well but Chupan Chupai will always remain closer to my heart because it is my first film since the revival of Pakistani cinema,” he shared.

Released on December 29th, 2017, the film is successfully running in cinemas across Pakistan and expected to also release in other parts of the world in coming days. 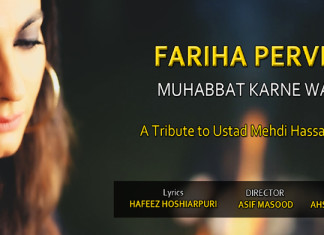 “I am not satisfied with the content these days, it breaks...