The last leg of Pakistan Super League season III round matches is starting from Islamabad United and Multan Sultans match in Sharjah today. The latest update from United’s squad is that the vice captain Rumman Raees has returned home and will not take any further part in the ongoing league because of knee injury. The team management has not yet announced his replacement yet.

Apart from Raees, Quetta Gladiators all-rounder John Hasting has also left the league because of side strain injury. The replacement will be announced later.

Who have just joined the league?

Jason Roy has joined Quetta Gladiators squad and will be available for next match.

England’s limited over captain Eoin Morgan has joined the squad of Karachi Kings and will be available for next match.

Karachi Kings’ captain Imad Wasim has also returned back to the hotel from hospital and is expected to be fully fit before next match.

Sam Billings and Alex Hales have joined the squad of Islamabad United.

It is being reported that English star players Alex Hales, Sam Billings, Jason Roy and Eoin Morgan will not travel to Pakistan for playoffs and final if their team qualify. Web Desk - February 17, 2020
0
Former Australian captain Shane Watson admires Pakistan's legendary pacer, Wasim Akram and calls him one of his heroes. While talking to the media in Karachi,... 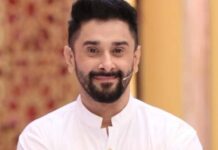