Danish Taimoor started off with Yasir Jaswal’s Jalibee in 2015 and then just in couple of months, appeared in another leading role in Yasir Nawaz’s Wrong No. And now, his third movie alongside the debutant Sana Javed titled Mehrunisa V Lub U is set to release on this Eid ul Fitr. The film is also his second with Yasir Nawaz, who is the director of the movie.

Read: These Pakistani actors are growing moustache and we tell you why

Along with Danish Taimoor and Sana Javed, the movie also stars legendary actors Javed Sheikh and Saba Hameed. Just yesterday, the lead cast and director with his wife Nida Yasir, walked on the ramp at Fashion Pakistan Week 2017.

According to some other reports, composer Sahir Ali Bagga is doing the soundtracks of the movie and some big names including Rahat Fateh Ali Khan, Shafqat Amanat Ali and Quratulain Baloch (QB) doing the vocals.

Yasir Nawaz is also doing the production with his wife Nida Yasir and Hassan Zia. The film is a rom-com which is mostly shot in Northern area of the country. According to the reports, the film will hit cinemas on June 26, 2017. Web Desk - July 11, 2020
0
Social media is a platform where people come across different people, experiences and so many things they face in their daily routine. It provides...

Forget About the Tooth Fairy and Make Way for the Colgate... 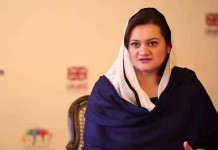