Sajal Aly believes that soon Pakistan will come up with a policy for content on OTT platforms which will solve issues related to it.

Speaking to Khaleej Times, Sajal said OTT Platforms have opened up so many opportunities for talented artists and there is a need to expand it in the country.

“Having more and more mediums of entertainment is always a good idea. It opens avenues for the talent out there. It exposes you to new audiences and continuing with it will create more opportunities,” she said.

The actress said she wasn’t aware of the current status of Zee5 ban in Pakistan but hopes things will soon settle down.

“I am not too aware of what is happening on the Zee5 ban and its current status. But, I know that this is going to be resolved soon. Every now and then these issues crop up. I feel this is a temporary situation,” she concluded.

It must be noted here that Pakistan’s first-ever web-series ‘Churails’ – aired on Zee5 was banned in the country due to its bold content. Sajal is also a part of Zee5’s project ‘Zindagi’ which has produced original Pakistani content. She will be featured alongside her husband Ahad Raza Mir in upcoming series named ‘Dhoop ki Deewar’.

Read: Sajal Aly and Ahad Raza Mir to star in a romantic thriller next 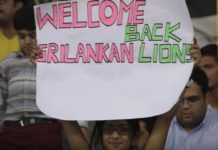