Fawad Khan always loved doing music but not many of us know the fact that Fawad Khan actually started his career from TV sitcom Jutt and Bond on Indus tv along Ahmed Ali Butt. Later, he formed a rock band Entity Paradigm – EP with his sitcom co-star. He took no time to move from TV to music, but seemed very conscious for his big screen debut, which he made in 2007 with Shoaib Mansoor’s ‘Khuda Kay Liey.’

What actually made him one of the biggest stars in Pakistan was not his music, nor cinema debut but his drama serial Humsafar along with the pretty Mahira Khan. He then tried Indian cinema and debuted with Khoobsurat along with Anil Kapoor’s daughter Sonam Kapoor and toughed the new height of fame. His second Bollywood movie has just released and another is in pipeline. Reports also suggests that he might star against Deepika Padukone in Karan Johar’s next movie. Fawad is surely making history, he has received success which no other Pakistan had gained before. He is definitely there to stay for long, but will he make comeback to V again? The actor has recently answered the possibility of his comeback to television drama.

“I would love to do TV again, but probably in a different way,” Fawad told in an interview reported by DNA India. “Something on the lines of the American series Fargo would be great. Or even a True Detective kind of show. Maybe, a House of Cards. Something out of the ordinary and elements where the content is relevant. If it’s getting made, then why not? I will jump on to it,” he added.

Dear drama producers, did you read that? You now know how to get him back. Web Desk - March 8, 2022
0
Urwa Hocane thinks that a lot of unreal things are expected from women in the society. Speaking in a Youtube show, Urwa opined that women... 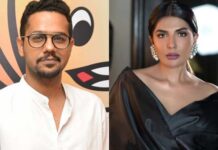