Fahad Mustafa sees no scope for ‘Web’ in Pakistan due to lack of attention towards making a policy for content monitoring.

Mustafa responded to web content getting ban in Pakistan whereas the whole world is making the most of it. “I don’t think there is much scope for Web in Pakistan because we don’t have laws. It is good for those who have nothing to lose and have no stakes in it like YouTubers,” the Actor in Law star told Something Haute in an interview.

The actor, who has given a couple of hit movies to Pakistan and played an important role in the revival of the film industry, also doesn’t see films as a business in Pakistan like other countries.

“I have not produced a film as of yet because I don’t consider it a business (in Pakistan). As for the drama industry, I feel it is here to stay and if something is functional then let it grow,” he said.

Moreover, Mustafa said there is very limited space for content variety in Pakistani dramas due to several restrictions. “Being a producer, I have hundreds of restrictions over the content than what left behind is familial issues, domestic violence, romances, or a few social stigmas. I believe TV is meant to entertain, let’s not turn it into a school,” he concluded. Admin - June 22, 2017
0
Fabbitt, a multi-label online fashion retailer, is all set to host the Fabbitt Eid Festival. Brainchild of Anush Ammar, a fashionista, the festival will... 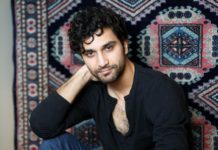