The news of Sohail Javed’s Sorry has been making rounds on every media new portal, especially in terms of the cast. With eminent stars like Faysal Qureshi, Aamina Sheikh, Sonya Hussyn, and Zahid Ahmed in the cast, the film was clearly being looked forward to. But now, hot news on the block reveals that Hussyn has been replaced by Faryal Mehmood.

The news has been confirmed by the director himself, who lauded Mehmood while declaring that she will excel in her career. The reason behind the abrupt change is still unclear, but there had been speculation about Hussyn having some concerns about her character in the film, or there could have been date clashes as the Aangan starlet is busy shooting for her upcoming film, Tich Button.

However, Mehmood shared her excitement for being a part of the cast, but was tight-lipped about the plot. “I am not sure I can reveal much about the story at this point, but I do promise that this character is going to set a benchmark for actresses,” she said.

“The character has everything an actor wants, the margin to perform is boundless, the cast is phenomenal, and I’m sure with the script and the performers, the film is going to come out looking incredible,” she further added.

Mehmood is recently seen playing the role of a possessive girlfriend in the web-series Enaaya. The release date for Sorry is currently under wraps, but keep watching this space for further updates. 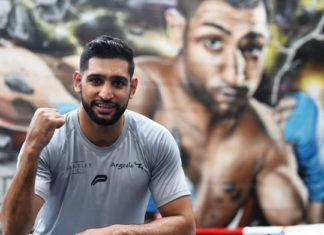 Web Desk - April 14, 2020
0
British boxer Amir Khan thinks that his statement related to coronavirus's spread across the world has been taken in the wrong context. In a video... Fans get more curious after Sajal removes Ahad’s name from her... 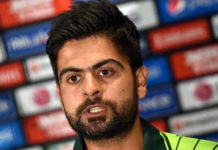