While it is extremely refreshing to see open conversations about harassment and indecent behaviour, it is equally unnerving to witness the tragedies young women go through at the hands of eminent personalities, especially in the entertainment industry. One such scenario came forth as director Jami shared an unfortunate account of sexual assault, in the form of a letter shared by the survivor herself.

The letter gives an elaborate insight into the encounter, where the nineteen-year-old survivor was assaulted at the director’s home. “I was 19 and nervous and he was a big director.  A famous music video and now a film director known to be working with some of the biggest bands, artists, actors, activists and lawyers in Pakistan whom any girl my age would consider credible and inspiring like of people in the industry do,” she disclosed.

And while the survivor has chosen not to name the abuser, she has provided enough clues for those who are familiar with his works and nature.

This is the letter i tried reading at Lahooti melo. This letter is from a survivor of sexual assault. A Young Survivor…

Reading the post, many would question why she took so long to speak up. “I know now that I am not the only one who fell prey to him. There are other young girls too and they feel as helpless and hopeless as I did when I went through this abuse. And he hasn’t stopped. He continues. Many others like him feel even more powerful because survivors like me are quiet. I could not stay quiet anymore,” she wrote.

Earlier this month, Jami read out the letter at a session in Lahooti Melo, which held elaborate discussions about the struggles faced by women, in terms of harassment. There, he also shared his stance on the Ali Zafar and Meesha Shafi case, which was the first of its kind to garner mainstream attention. “Notice how when MeToo started in Europe, they did not attack the women for speaking up, they held the men accountable. And here, interestingly, an accused harasser’s film turned out to be a blockbuster hit. It was almost like advertising for him.” he said.

He also talked about the toxic environment that prevails in the entertainment industry, where a woman’s major concern is how to save herself from predatory behaviour. “In the entertainment industry, a woman’s biggest problem is to how to keep a producer from making [sexual] advances on her. People won’t believe it, because women are not in a position to speak up. But no matter what industry it is, it is there and it is very difficult,” he said.

The letter that made us all sensitive &strong enough to dedicate #LahootiMelo2019 to “An Ode To a Liberated Woman” The brave girl show us mirror if we can dare to see. The predator and many like him are around us and we know them but what we do to them? This letter help many heal https://t.co/guilM0DyxY

Further addressing the destructive mindset where a woman is questioned for speaking up late, Jami stressed upon how everyone has gone through it, and hence, should understand how hard it is. “It’s not easy. I am a man and I think all men will agree with me that it has happened with us, but nobody dares to say it out loud. So, about time we stop questioning women for speaking up late, as it has happened with everyone,” he said, while praising Lahooti Melo and Saif Samejo for dedicating this year’s theme to women’s honour. Admin - November 9, 2017
0
Sir Allama Iqbal, the poet of east, was indeed one of the best poets, philosophers and politicians of nineteenth century. He was also given... 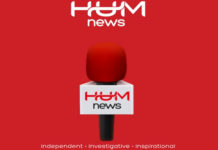