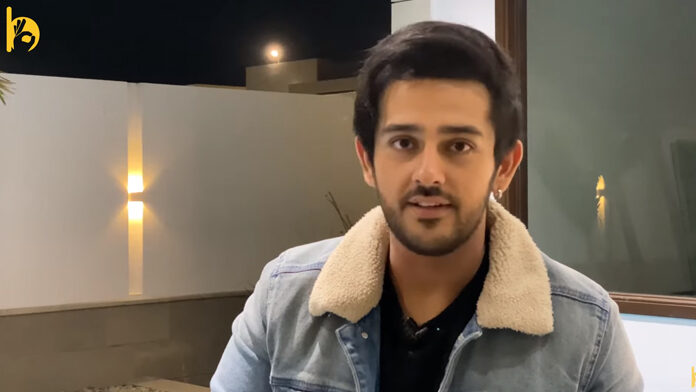 Azaan Sami Khan credited his mother Zeba Bakhtiar for always standing beside him and helping him to become a composed artist.

The singer and composer, who gave superhit songs in SuperStar and Parey Hut Love, talked about the role of his mother in polishing him to become a fine artist.

“I belong to a family where you rarely find praise for little achievement. I mean every time you get another target after achieving the previous one,” he said.

“She has supported me throughout and I would say after God, my mom is my biggest support. She has been there almost every time I needed her,” he added.

Meanwhile, Khan shared his mother’s reaction the next morning of the first track of his debut music album ‘Mai Tera‘ released. “The very next day of ‘Mai Tera‘ release, my mother told me that I have now more responsibility. She asked me to fulfill the expectations through my work and make people happy,” he maintained.

“My father was the biggest inspiration for me and then there were so many great names around me including Nusrat Sahab, Rahat Fateh Ali Khan Sahab who has also done a track with me in my new album. I learned a lot from them throughout,

“Rahat Sahab told me the difference between a singer and an actor. He said a singer must be accurate as people link their life with music. So, I try that those 3 minutes of my song make listener’s life beautiful,” he said. Admin - March 24, 2017
0
Like Pakistanis who celebrated 77th Republic Day on March 23rd, 2017 all over the world, Kashmiris in Azad Kashmir and Indian-occupied Kashmir also chanted...