Updated May 3rd, 2016: After grabbing the first place in ‘top actors’ category in India, the heartthrob Fawad Khan has now officially announced as the third ‘Times Most Desirable Men 2015.’ This is the second consecutive time that he has been placed among top three in the same category. Way to go Fawad !

Whoever predicted that Fawad Khan has everything to outclass the Khans in Bollywood, foreseen it absolutely right, the eye candy is going places without any stop. According to latest reports, the Pakistani Khan has ranked first in Times Celebex top actors ranking and outshined all other Khans in B-town.

Times Celebex, which is powered by ZoOm, is a definitive index of Bollywood stars and the power they yield over the masses. It is based on actor’s popularity, performance and visibility. The final score is calculated by measuring the various parameters ranging from box office performance to PR buzz to online following.

He also had won several Best Actor (debut) awards for his Bollywood film Khoobsurat against Anil Kapoor’s daughter Sonam Kapoor. His recently released second Bollywood flick ‘Kapoor and Sons’ with Alia Bhatt and Sidhart Malhotra has earned him even more recognition and stardom.

According to the reports, the Pakistani Khan is doing a couple more films at home and in Bollywood including Albela Rahi, Mola Jutt and Ae Dil Hai Mushkil. 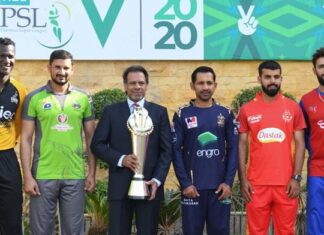 Web Desk - January 8, 2021
0
The Pakistan Cricket Board (PCB) has released the schedule of Pakistan Super League (PSL) season 6 and fans can't wait for it. The tournament will... 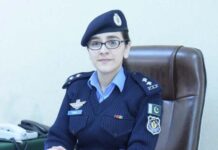