PlayerUnknown’s Battlegrounds (PUBG) has become a debate on social media after the Pakistan Telecommunication Authority (PTA) temporarily suspended the online game in the country.

In a statement on Wednesday, PTA announced to temporarily suspend PUBG following several complaints they had received in past few months related to the game being “addictive”, a waste of time and its potential negative impact on children’s physical and psychological health.

“In view of complaints received from different segments of society, PTA has decided to temporarily suspend PUBG,” the statement read.

“According to media reports, cases of suicide attributed to the game have also been reported. The Lahore High Court has also directed PTA to look into the issue and decide the matter after hearing the complaints. A hearing will be conducted in this regard on July 9,” the statement added.

The decision gave birth to a debate on social media and people had their own opinion on the suspension. The decision was disliked by the users of PUBG who highly criticized the government for this step.

#PUBG PTA should ban that app which forces male to become a female and female to become a male! Learn the deference between entertainment and vulgarity🙏 pic.twitter.com/HMiUlh0lv1

#PUBG is no more with us 😞 pic.twitter.com/qsi9PjOKzL

#pubg only one question why😶 pic.twitter.com/fWGuHnZBpD

Today was the second day of my ROYAL PASS 😭😭#PUBG pic.twitter.com/7nFPluFMyP

A twitter user was unhappy with the government suspending the online game citing mental issues and suicide complaints as he thinks hundreds of students commit suicide every year because of mental pressure & overburden they face in universities.

If PUBG is getting banned because some childs commited suicide by overdose. Let me remind you that hundreds of students commits suicide every year because of mental pressure & overburden they face in universities. Ban those institutes,This is not how things work. Ridiculous #PUBG pic.twitter.com/xjzZprrpQO

On the other hand, a huge number of people trolled PUBG users.

Meanwhile, few people described how happy parents are after the government banned PUBG.

After hearing the pubg banned news In Pakistan #PUBG
Every Pak desi Mom’s be like: pic.twitter.com/sgB1umXpbj

It must be noted here that PTA has asked the public to share their feedback on the online game by July 10 via email.

Admin - March 4, 2016
0
Pakistan Advertisers Society (PAS) has announced its jury members for PAS Awards 2016. The first round of jury session will be held on 11th-12th March... 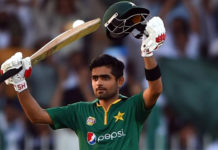