The new wave of Pakistani films has been raking in all kinds of praise on international platforms. Case in point: two local filmmakers have made it big by winning awards at the esteemed Busan Film Festival!

First off, Zindagi Tamasha by filmmaker Sarmad Khoosat has been awarded the Kim Ji-seok Award. The award is named after the festival’s executive programmer and co-founder, and was also won by India’s Pradip Kurbah for Market, alongside Khoosat.

The film is yet to release in Pakistan but is already making waves with whatever plotlines it could give away in the trailer. The story revolves around a pious man who is forced to face consequences as a certain video of him gets leaked online. It stars Eman Suleman, Samiya Mumtaz, Arif Hasan and Ali Qureshi, amongst others.

On the other hand, young writer-director Hamza Bangash also struck it big at the festival, as he received First Prize, Award of Excellence, from the Asian Film Academy and Motion Picture Association (MPA) for his feature film-in-development, titled Mariam. As a result of this win, Bangash will pitch his idea behind the film to US-based producers.

The film is currently raking in funds for its development and is slated to release sometime in 2021. Deemed as an independent art-house horror/thriller, Mariam will revolve around the story of a young woman’s grief turned into a nightmarish reality. 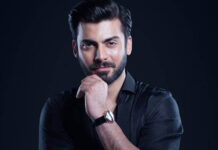 “Women have to take the step and be disruptive to make a change for...