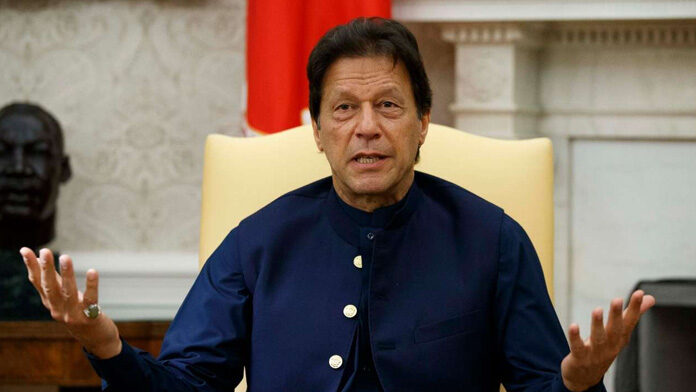 Prime Minister Imran Khan directed concerned ministries to race efforts for the immediate revival of the film industry in the country.

PM Khan chaired a special meeting on Wednesday which discussed the immediate revival of the film industry and opening of cinemas across the country after an indefinite gap due to the COVID-19 outbreak.

The premier was briefed over the gradual opening of cinemas in the country and the implementation of COVID-19 protocols strictly.

“It is important to promote our culture/societal values through films to educate the young generation. Unfortunately, due to the lack of local content, we are unable to show youngsters our own history,” Khan told ministers.

“We were forced to buy foreign content which pushed us back in terms of content quality. It is high time to race our efforts for the resumption of our film industry,” he maintained.

Lieutenant General (Retd) Asim Saleem Bajwa, Special Assistant to the Prime Minister on Information and Broadcasting, confirmed via Tweet that PM Khan is up with the mission to restructure Pakistan’s film industry.

Fahad Mustafa, in reply to Bajwa’s tweet, wrote; “Looking forward to working with you, sir”.

It is pertinent to mention here that actors like Humayun Saeed, Faisal Qureshi, Shan Shahid highlighted importance of the government’s role in big productions like ‘Drilis: Ertugrul’, a Turkish drama serial that gained immense popularity in the country. It brokes several viewership records after being aired at Pakistan Television (PTV) on special directives from the PM.

Also Read: ‘No government support as I could produce show like Ertugrul’ Humayun Web Desk - December 24, 2021
0
Minal Khan shared life after marriage and said husband is the biggest change for every woman after getting married. In a lighter mood on Ahsan...