Saba Qamar has often talked about marriage in her recent appearances on Tv talk shows during the promotions of her film Ghabrana Nahi Hai.

In her recent appearance in Vasay Chaudhry’s comedy talk show ‘Mazaaq Raat‘, Saba shared flowers are always given by special ones and the one who gives her flowers, is not from Pakistan.

“Flowers always come from special ones. The one who gives me flower, is not from Pakistan,” Saba disclosed.

“When will that one comes in limelight?” the co-host asked. “Very soon,” Saba replied.

Also, it is pertinent to mention here that Saba had accepted an online marriage proposal of an American-Pakistani social media influencer Azeem Khan. Later on, Saba took a U-turn and announced that she was not getting married to Khan.

Read: ‘I, Azeem not getting married now’ Saba Qamar 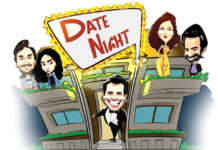 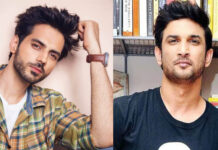