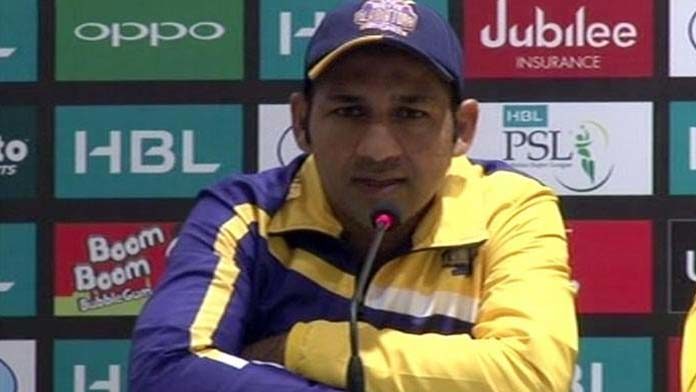 Like other cricketers, Sarfaraz also sets his complete focus on the PSL 5, taking place completely in Pakistan from February 20. While talking to the reporters at National Stadium Karachi (NSK) on the sidelines of a training session, the former shared his excitement for this year’s edition.

“Everyone is excited about the PSL especially because the entire league is taking place in our country. See, my personal targets are to perform well in PSL and then obviously look forward to making a comeback in the national team,” he said.

To a query about defending PSL title for Quetta Gladiators, Sarfaraz thinks that every team goes out to win. “I believe in winning. We will try tour best to play with a positive mindset and defend the title for our team,” the wicket-keeper batsman said.

Upon being asked, Sarfraz praised the Pakistan Cricket Board (PCB) for bringing the whole league’s edition to the country and hopes to see more cities hosting PSL matches in the near future. “Things are falling on the right track by the time. This time four cities are hosting PSL matches, I hope next year some more venues will be added to the list,” he concluded.