As per the provisions of the order, both the plaintiff and defendant are directed to not make any defamatory statement.

“not to make, circulate and/or publish any defamatory statements against the plaintiff, including and similar to the allegations that the plaintiff is a rapist and/or has engaged in sexual assault/ violence or sexual harassment,” the order read.

“Jami has permanently deleted his accounts on social media, including, but not limited to, Twitter and Facebook. Should Jami reactivate and/or create the said accounts, he shall act strictly in accordance with the above-mentioned clause,” the decree added.

“Hameed Haroon undertakes, through himself or through any person acting on his behalf, not to make, circulate and/or publish any defamatory statements against the Jami,” it further said.

It must be noted here that filmmaker Jami, in 2019, opened up about his harrowing tale of sexual harassment, claiming he got raped by a media giant Hameed about 13 years ago.

He took to Twitter to share why he had always been so vocal about the #MeToo movement and lent his support to the survivors. 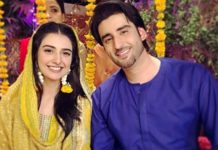