The National Selection Committee headed by Inzamam ul Haq today has announced 16-member squad in a press conference at Gaddafi Stadium, Lahore for the two-match Test series against Sri Lanka at the UAE. As expected after the retirement of former captains Misbah ul Haq and Younis Khan, the board has selected more young players for the test series.

“We are trying our youngsters. Usman Salahuddin and Haris Sohail have been part of the squad in the last two to three series so that we can play them when the seniors retire,” Pakistan chief selector Inzamam-ul-Haq told reporters in Lahore,” told the chief selector. “I wanted to give them opportunity in home conditions to boost their confidence. We are hopeful they can fulfil the spots left by the retirements,” he added.

The selected players are; 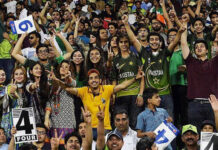