The day two of the country’s largest bridal extravaganza, HUM Bridal Couture Week (PHBCW) was the continuation of the glamour and ethnic bridal collections, which were samples of excellence. Like day one, the second day of 15th edition featured most of the country’s acclaimed couturiers, bridal wear designers and retail brands, promoting the finer art of classic couture.

Show one of the second day of PHBCW started with the heavily crafted bridal and formal collection of Amina Yasmeen by Mansoor Akram, followed by Aneesa Kiani’s Raa-e-Ishq: 3 Stages of Love, in a special segment Strong is Beautiful. Her collection was inspired by The Kiani Crown which was the traditional coronation crown embellished with Iranian crown jewels. Retail brand Edenrobe presented their collection True Inspiration on the runway which was followed by Crystalline by Aisha Farid. The show concluded with Erum Khan’s Sahiba Bridal Collection Winter’17, representing the aura of a woman who is an amalgam of delicacy and flattering strength.

Show two of PHBCW day 2 started with Chinyere’s Thumri, which was followed by Demesne Couture’s Escape de Vivre 2017. Retail brand Royal Tag was next to present their collection Modern Man on the Catwalk. Day 2 of the three-day bridal extravaganza concluded with Lajwanti’s Sultana, a collection inspired by the grandeur of the Ottoman Empire.

Read: Here’s what happened on day one at Bridal Couture Week

Like day one, the second day also had a star-studded line-up; the gorgeous Uzma Khan and singing sensation Asim Azhar opened the show for Amina Yasmeen by Mansoor Akram, while the talented Ahsan Khan who is set to woo everyone with his incredible performance in the upcoming comedy thriller Chupan Chupai, walked the ramp for Edenrobe. The rising stars Iqra Aziz, Yumna Zaidi, Zara Noor Abbas, Asad Siddiqui, Sami Khan and Affan Waheed show-stopped for Aisha Farid.

The charming Minal Khan show-stopped for Erum Khan, while her twin Aiman Khan added allure to Chinyere’s collection. Nimra Khan graced the runway for Demesne and the couture king HSY show-stopped for Royal Tag. Last but not least, the gorgeous and uber talented Mawra Hocane concluded the day for Lajwanti. 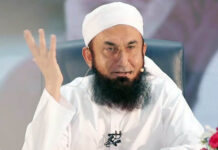