The debutant Multan Sultans may have defeated the defending champions Peshawar Zalmi in the opening game of Pakistan Super League (PSL) season III but the captain of the losing team, Daren Sammy seems very confident to win the last game of the tournament and take the trophy home for the consecutive year.

Talking to Ramiz Raja during closing ceremony, Sammy told, “They won the first one, hopefully we can win the last game of the tournament.” The captain also applauded Muhammad Hafeez for helping his team in setting a good target. “I think we were about 10 runs short but credit must go to Hafeez for the way he played to get us to 150. I thought we had enough. But we gave away about 20 runs extra in the field,” he added.

In the first game of the season, Multan Sultans chased 152 runs in the first ball of the last over. Sri Lankan former cricket great Kumar Sangakkara scored 57 and named Man of the Match while captain Shoaib Malik made 42* to register his first win for Sultans and declared Unstoppable Player.

Talking to Raja, the winning captain told, “Today’s pitch had grass and we played with four pacers. We always knew the pitch would help our pacers. Peshawar batted well. 150 wasn’t easy to chase but the way Sanga batted today, it was crucial.”

Pakistan’s former cricket great and now Multan Sultans Director of Cricket, Wasim Akram called it a dream start for his. “The way they played, credit to the captain and his troops. The way the controlled the game from ball one and one the field, they were brilliant and when they came out to bat, they looked even better,” he told. Web Desk - April 8, 2020
0
Mehwish Hayat didn't feel any need to work in Bollywood as Pakistan's Tv and Film industry has given her immense respect, the actress herself... 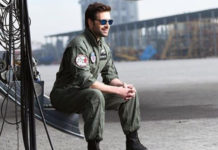