It's an Honour just standing next to you, let alone sharing screen for my first Film. Ab tow 'Chein Aye Na' : )

“It’s an Honour just standing next to you, let alone sharing screen for my first Film. Ab tow Chein Aye Na,” expressed Shahroz on his Instagram.

Talking to the media at an event in Karachi where he announced his film, Noor told that he is working with veterans and some new faces of film industry. He also stressed the need of joint efforts to improve the condition of industry.

Chein Aye Na is expected to hit floors this next week in Karachi and expected to release on Eid next year. 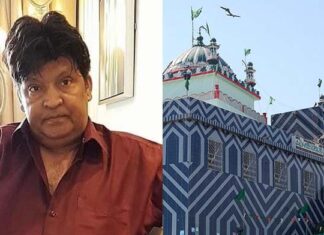 Web Desk - October 4, 2021
0
Pakistan's legendary comedian Umer Sharif's body will be taken to Karachi on Tuesday from Germany where he passed away on October 2. According to the... “Not okay for them to allow the celebration of abusers,” Sharmeen...