One of the leading Tv actors, Feroze Khan believes that people should spend their money on others in need around them.

In a video clip from Nida Yasir’s Morning Show at ARY Digital, Feroze said the most Unfaithful thing in this world is ‘money’.

“I think money is the most unfaithful thing in this world. And, there is no pleasure in earning for yourself. Because, how much money can I spend on myself,” he asserted.

“See, for me, we should earn a lot of money but for others. It will give you a real feeling, to be honest,” the actor shared.

In 2020, Feroze announced to quit acting to come closer to the religion. “I announce that I quit the showbiz industry and will only act and provide my services for the teaching of Islam through this platform if needed, else, anything but this InshAllah. Request you all to pray for me and my loved ones,” he had said.

Later on, Feroze took his decision back and said his Sheikh ordered him to not quit Showbiz. “My Sheikh ordered me not to quit showbiz as he thinks the industry was a medium to spread the ‘paighaam’ of religion,” he was quoted saying in an interview with Something Haute.

Read: ‘I will use my fame to educate, guide people towards right path’ Feroze Khan 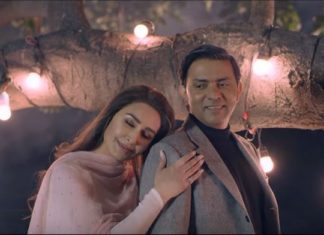 Mashal Asad - February 11, 2020
0
While the entertainment industry has been giving us some memorable projects lately, we've been in dire need of a banger when it comes to...