Feroze Khan said he is confident about the success of his upcoming drama serial ‘Khuda Aur Mohabbat 3’ featuring him and Iqra Aziz in lead roles.

Meanwhile, according to the reports, shoot for the drama has been completed and it is expected to be released in December 2020 or January 2021 on Geo Entertainment. Written by Hashim Nadeem and directed by Wajahat Hussain, Khuda Aur Mohabbat 3 also features Junaid Khan, Javed Sheikh, Tooba Siddiqui, Sunita Marshall, Rubina Ashraf, Asma Abbass, Usman Peerzada, Seemi Pasha, Zain Baig, and Sohail Sameer.

It must be noted here that Imran Abbas and Sadia Khan played lead roles in first two seasons of Khuda Aur Mohabbat which reportedly did good business. 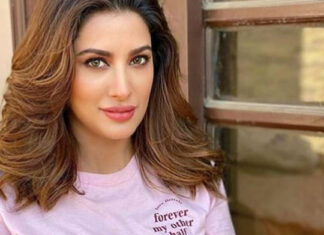 ‘He must be tall,’ Mehwish talks about her dream boy

Web Desk - November 6, 2020
0
Mehwish Hayat is probably the super crush of Pakistani boys who often stalk her social accounts to get attention. The actress has won the hearts... 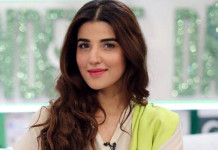