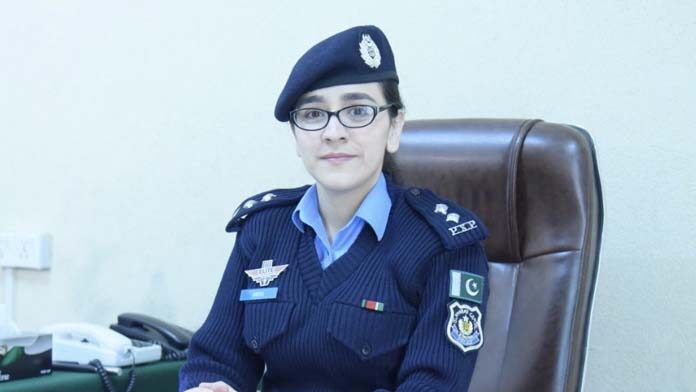 A female Police officer from Islamabad, Amna Baig has broken the shackles to become one of the very few female police officers in Pakistan.

Amna is currently deployed in Islamabad as Sub Divisional Police Officer with ICT Police. But, today the story is about her gesture with a little girl who was surprised to see her in a police uniform.

Taking to Twitter, Amna shared that a little girl came to her after she was surprised to see her in a police uniform. “This one time a little girl saw me in uniform and asked about my work, I said I am a police officer,” she shared.

“She said that can’t be true, girls can’t be police. I told her it is, and girls can be anything they want. Also, this is my favourite ‘Amna in uniform’ story,” the lady police officer added.

In another tweet, Amna also shared the reaction of a police officer when she was stopped and asked for an identity at a checking post. “Also, this one time I had to get through a check post in my private car so I showed my police ID to the officer on duty, he looked at my picture and said, ‘This is your brother’, she wrote.

It must be noted here that the female education rate in Pakistan is below par and girls often are married at a younger age in the name of culture and tradition. Mashal Asad - April 1, 2019
0
The nominations for Lux Style Awards have indubitably created a buzz all around, and the reactions vary from utter disappointment to extreme delight. Amongst...

5 reasons why you should watch Dobara Phir Se