I am not a fashion critic, not for now at least, therefore, it won’t do justice if I comment on the designs. Imagine a guy in his 20s, a keen observer, self-proclaimed blogger with masters’ degree in mass communication, a few years experience of writing about Pakistani movies, music, and showbiz at large, that’s me. Events like Bridal Couture Week (BCW) should get a person like me excited about them but did the Gold edition really get me excited? I am going to answer it in my blog below;

It was my first time that I witnessed Bridal Couture Week for all three days. I even reached a little early for two days to see the glamour on red carpet but what I actually experienced was a big disappointment. The pre-show red carpet lacked the excitement factor. A majority of people were either just walking without any purpose or sitting on sofas, may be looking for some big names to get a selfie with, but only a few spotted on the red carpet wall and that too without much excitement of their faces. Time and again, I tried to look for Snapchat moments but failed miserably, almost all the time. Unfortunately, it wasn’t just me but a few more. I realized that even a movie premier show red carpet gets people more excited than this.

Coming to the ramp, the best thing was that all six shows started with National Anthem and the worst were seeing a few tiring faces walking without any pace on the ramp, pearls falling down from dresses and some loose trousers and blouses. These were major turn offs. Lastly, it was not a good option to repeat some songs on all three days. That’s it; rests of the things were right on target, to me at least.

A power pack performance on ‘Bol K Lab Azaad Hain Terey’ by team Udaar including Farhan Saeed, Urwa Hocane, Hadiqa Kiani, Bushra Ansari, Ahsan Khan and Samiya Mumtaz won much praise. The performance talked about women empowerment, right to education and end to child abuse. Another motivating speech was by makeup artist Mussarat Misbah, who urged everyone to be kind with burn victims and consider them equal part of the society. Amir Adnan also tried to pull off a good show but with the overdose of celebrity endorsements. There was a special performance by some 22 member cast of an upcoming movie Yalghaar, which could have been better but it wasn’t that bad either.

Just before the finale, the President and CEO of HUM Network Sultana Siddiqui and Duraid Qureshi paid thanks to their team and people who put efforts in making Bridal Couture Week – Gold Edition as successful event and showed interest of taking it abroad next year.

Below are few glimpses of what I saw at Bridal Couture Week 2016, have a look;

Nickie Nina kicked off the show one on day three at #BCWGold The pretty Sumbul Iqbal as showstopper for Ayesha Ibrahim on day two at BCW – Gold. #BCWGold #HUMPR #BBPR 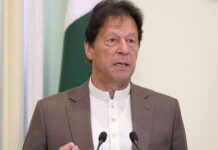 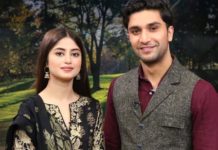