Hania Amir recently won hearts everywhere when she posted a barefaced selfie, opening up about her insecurities with acne. In another post, the actress also posted about mental health awareness where Asim Azhar joined in with support in the comment section.

However, in a recent video posted by Azhar, the two are seen joking around with each other. We see Azhar trying to reach for Amir’s phone, and amidst all the playfulness, the actress says “Are you harassing me?” The video also has the text saying “this is harassment”, probably implying how the actress deems the exchange as harassment in a joking manner.

Soon after the video was shared by the page, many people pointed out how something as grave as harassment should not be joked about. They also mentioned how offensive it was for Amir when actor Yasir Hussain made a joke out of her insecurities, calling her ‘danaydaar’ on his Instagram, and now it does not suit her to make jokes about serious matters.

While some also felt that the video was made in a lighthearted matter, and should be taken as such.

As per some opinions, Hussain’s joke wasn’t offensive at all and that it was blown out of proportion.

And following suit, the couple were also deemed as ‘attention seekers’.

Their unintentional ‘joke’ was called out for trivializing a matter such as harassment, especially in a place where it already isn’t taken seriously.

And amidst it all, people also felt furious with the page who shared the video, while adding how it will soon blow up into something big.

The couple is yet to comment on the matter, as some are surely waiting to see how they will respond to this sudden backlash. 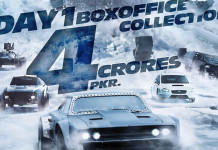