While we’ve all seen Meesha Shafi exploring various genres in music, the singer has dabbled into acting from time to time. And now, she will also be seen acting in an upcoming Pakistani-American movie, titled Mustache. The film, which will be directed by Imran J Khan, will also star comedian Hasan Minhaj and American actress Alicia Silverstone from Clueless.

According to Deadline, the story is mostly autobiographical for Khan, and revolves around an eccentric 13 year-old boy, played by Atharva Verma who sets off to navigate the social hierarchy of his new California public school and deal with the ups and downs of the school system, all while sporting a moustache his parents have forbidden him from shaving off.

Khan has previously written and directed a number of award-winning shorts including 2016’s Prom. He has also contributed to the editing teams for films like Space Jam: A New Legacy and Minions: The Rise of Gru. The filmmaker was also recently selected for the Pillars Artist Fellowship, created by Riz Ahmed’s Left-Handed Films and Pillars Fund to support and mentor Muslim writers and directors.

This won’t be Meesha’s first acting role. She has previously had small roles in To Strike, Bhaag Milkha Bhaag, and Mira Nair’s The Reluctant Fundamentalist. On the other hand, Hasan is mostly known for his comedy, but is also an actor. He is known for hosting the Peabody Award-winning Netflix series Patriot Act with Hasan Minhaj, and for comedy specials including Homecoming King and The King’s Jester.

The film also stars Rizwan Manji from Schitt’s Creek who will play the kid’s father Hameed, while Shafi will be playing the mother. Ayana Manji will be portraying his school friend, Yasmeen. Details of Alicia and Hasan’s characters have not been revealed yet. 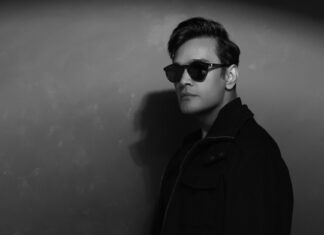 Celebrities pledge on this Pakistan Day to contribute their progressive role