Nida Yasir apologized to people for her questions to Marwah’s parents related to the incident during her morning show ‘Good Morning Pakistan’ at ARY Digital.

Marwah, a five-year-old kid from Karachi was kidnapped, raped, and found dead in the trash area. The incident took the country by storm and people from different walks of life demanded justice for the young victim.

Following the hype created due to the incident, Marwah’s parents were invited to Nida’s morning show where they were inquired about the heart-wrenching mishap. Different clips of the show went viral on social media in which Nida can be seen asking some questions related to the incident from victim’s family.

You are Calling the parents of a 5 yrs old rape and murder victim and asking them stupid and embarrassing questions in front of the entire world for ratings…😠
This is not the first time you did…
These low class morning shows are cancer for our society… #BanNidaYasir pic.twitter.com/Wycyg3KJN8

Netizens highly criticized Nida for her questions to Marwah’s parents who they still think weren’t out of that tragedy.

Now, with a lot of people bashing Nida and #BanNidaYasirShow being continuously top-trend on Twitter, the actress-cum-host came up with a public apology.

“I want to say sorry to all of you who think I wouldn’t have asked those questions to a rape-victim’s family,” said Nida in a video posted on her Instagram account.

“I know how difficult time is for not only Marwah’s family but all of us. Being a mother, I can feel the pain, Marwah’s family had gone through after this incident,” she maintained.

Adding on, Nida shared that Marwah’s family approached them to raise their issue when the police weren’t even registering First Information Report (FIR). “They approached us to raise voice for them. You won’t believe it but the police weren’t even registering their FIR. When they appeared in my show, the issue was highlighted at different other platforms and then police took action in this case,” she revealed.

“Being a host and media personality, it was my duty to raise voice for such people who aren’t strong enough to fight with this system. How can we even think of gaining TRP through such issues? God knows better about my intentions but still if you think I shouldn’t have asked those questions so I apologize,” she concluded. 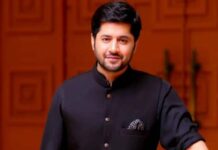